Allowance: When? How much? What for?

To give or not to give allowance, that is the question (and sometimes a controversial question at that). As piggy banks become obsolete and the need for physical cash dwindles in today’s fast-paced society, one thing hasn’t changed: the call of a child saying, “Hey Mom, I need money.” Whether parenting a 7-year-old or a 16-year-old, chances are pretty high that the A word (yes, allowance) is going to come up.

According to a T. Rowe Price survey, 51% of parents give their kids allowance. While the decision about whether or not to give allowances, the frequency of giving allowance and the amount of money that a child should receive for allowance can be highly personal to each family. 54% of parents who give allowance firmly believe it should be earned.

Greenlight mom Maggy Parker shared, “I have always viewed allowance as a right of passage for my children. When the kids are old enough to take on regular responsibilities around the house, they are old enough to earn an allowance for their contribution.”

One of the most frequently asked questions about allowance focuses on what age is the best to start handing over money. While there are no official rules when it comes to allowance and each family is different, age 8 is the reported national average.

Here’s a breakdown of what Greenlight kids average each week (ages 8-18): 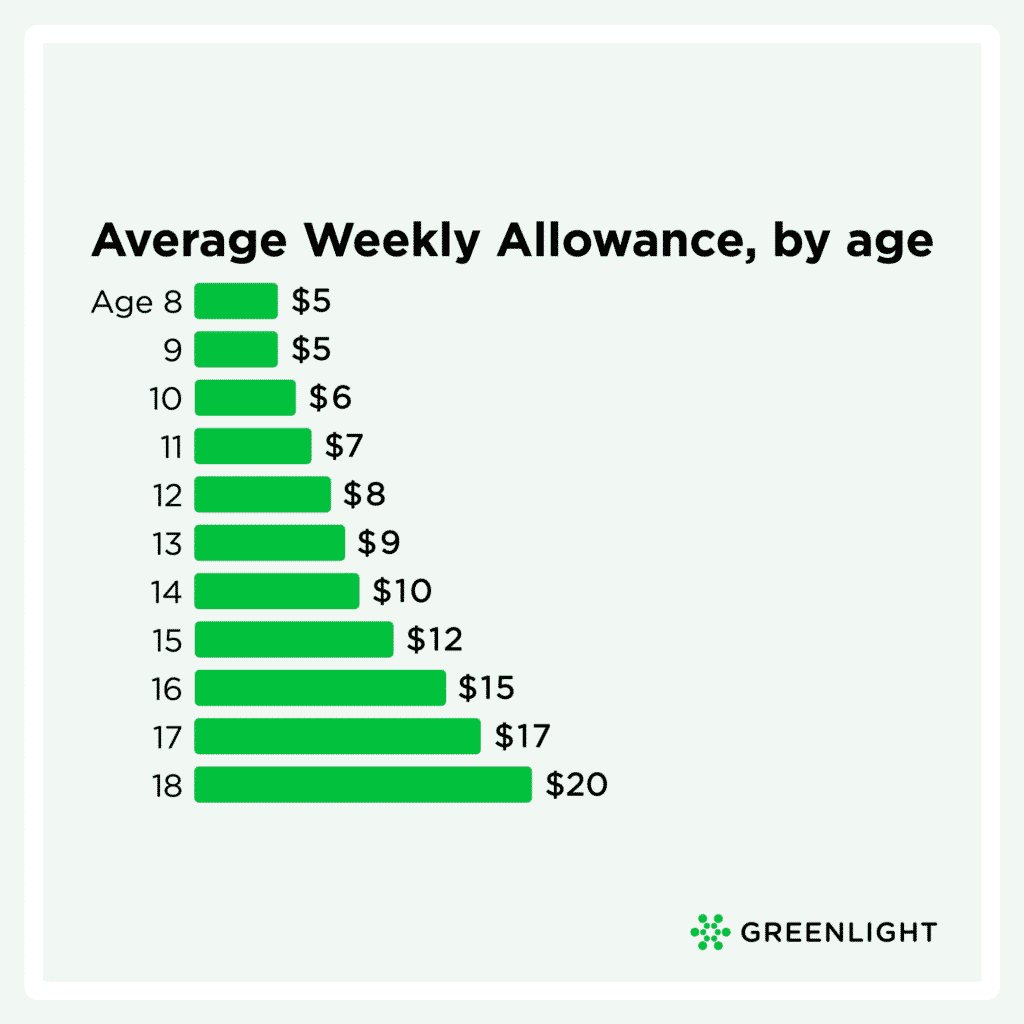 “I set my child’s weekly allowance after researching what the national average for allowance was and then cushioned it by a few dollars to ensure I was giving my son a little extra for his needs now that he’s driving,” said Greenlight mom Eliza Newell.

According to the most recent survey from the American Institute of Certified Public Accountants, four in five parents who give allowance expect their kids to work for money. and their kids average about five hours a week of household chores.

With the majority of parents expect their kids to earn allowance, chores often factor in as a stairway to an allowance pay out — however, this can look different for different families.

Some families expect a completed chore list for an allowance pay out. If the lawn isn’t raked, the Lego’s aren’t put away, the bathroom trash isn’t taken out and the reading log for the week isn’t filled out, no allowance gets paid.

Other families assign specific dollar amounts to chores, so if the child only completes five of their eight chores for the week – they don’t get the total allowance amount, just what each task equaled.

Greenlight dad Allen Anderson shared that he gives his daughter a baseline allowance every week, but he gives her the opportunity to earn more on a weekly basis by doing more chores.

Greenlight kids who receive allowance save 26% more and donate 37% more money than those who don’t. This suggests that allowance, paired with parental guidance, leads to healthy financial habits.

When it comes to paying out allowance, it shouldn’t be complicated. Since remembering to get cash back at the grocery store or finding an ATM is a hassle, Greenlight has made it easier on parents by offering an auto-funding option.

Parents can set weekly or monthly allowance payments tied to chores within the Greenlight app, so funds can be easily distributed.

To encourage good habits, parents can also allocate those allowances to their kids’ Spend, Save and Give accounts. 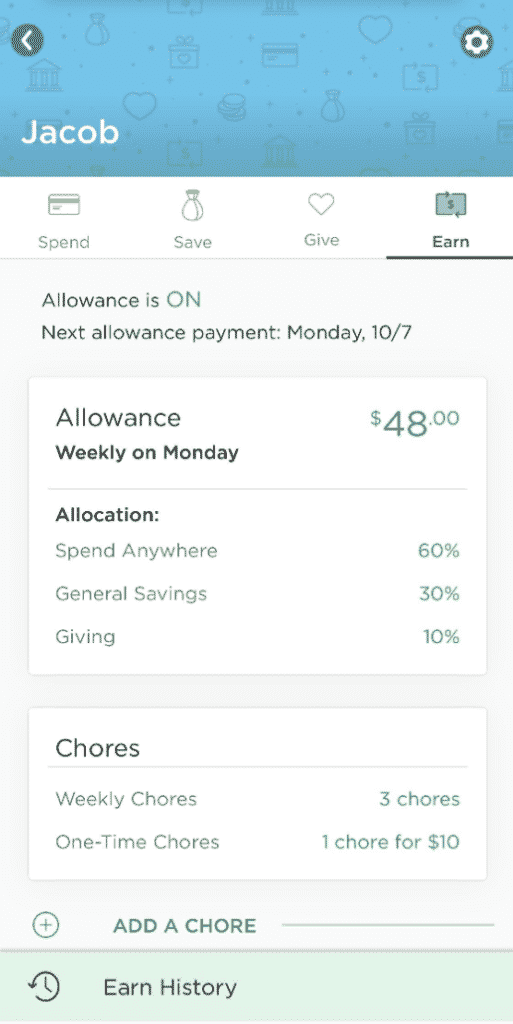 Why your kids need the Greenlight app

5 important money lessons for kids of all ages