Million Bazillion: The podcast for kids to learn about money is back for Season 2

Greenlight is proud to present Season 2 of Million Bazillion, the podcast for kids and their families to help dollars make more sense.

Each episode brings the money talk to your home, or wherever you’re listening — with trivia, fun facts, spotlights and even a few surprises.

Episode 5: Why is our money green? 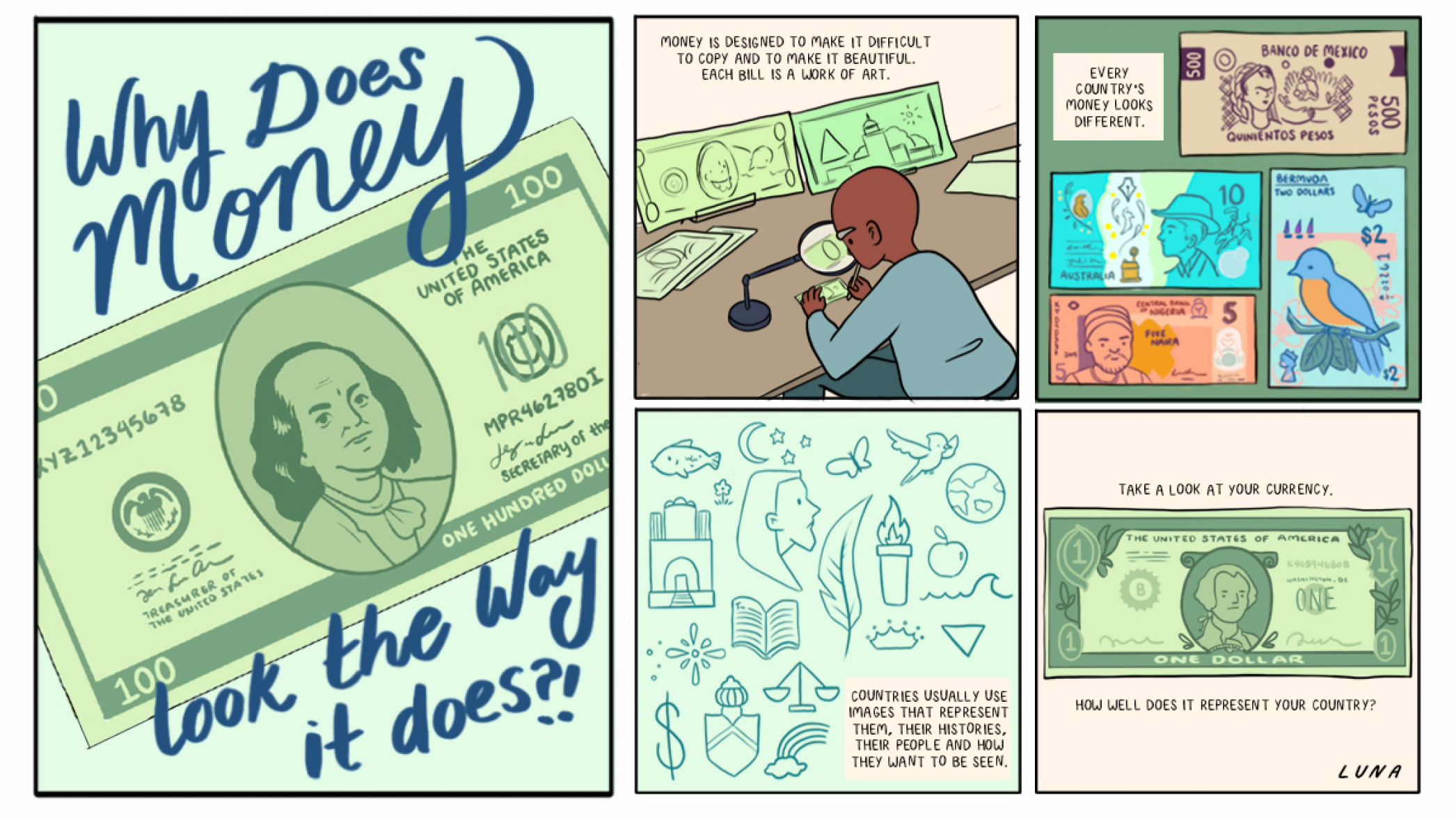 All around the world, money is designed differently. You’ll see faces of historical figures and other pictures and symbols, too. These choices say a lot about what a country thinks is important. Jed and Bridget examine the images that have appeared on U.S. coins and dollars, and they explain how the color green became an American tradition.

In this episode, they also explore all the ways that money design helps avoid counterfeiting. Did you know that a $100 bill has a hidden pink strip that glows under UV light? Listen to find out the colors that appear on other bills, starting at $5.

Episode 4: Why can girls' things cost more than boys' things? 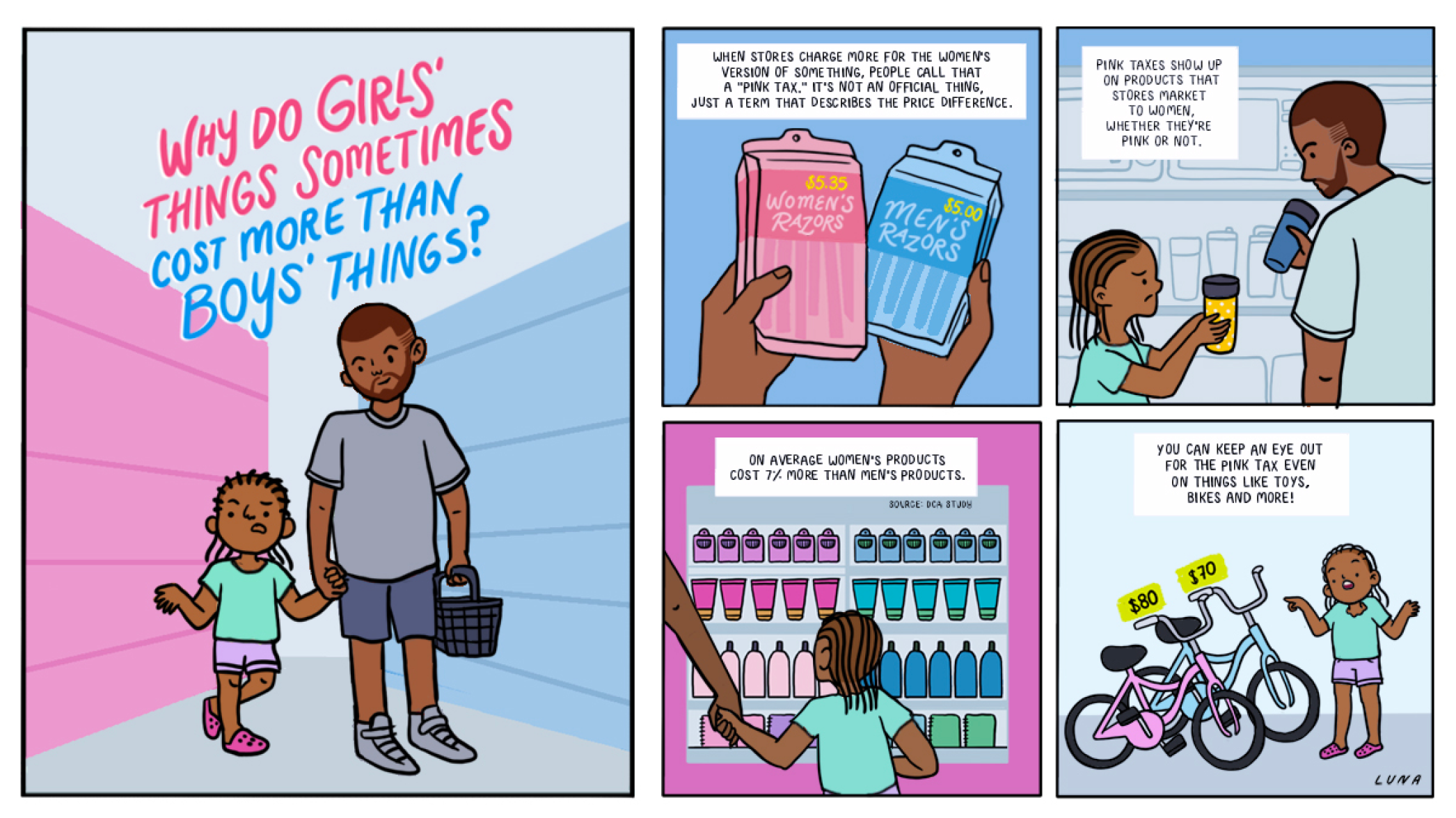 If you've never heard of the pink tax, here’s the thing. Women’s versions of products often cost more, even for the nearly exact same product. Just in a different color… you know, pink.

Let’s find out why this pink tax exists. And after the episode is finished, put your knowledge to the test and see if you can spot the pink tax next time you’re shopping.

Episode 3: The history of banks 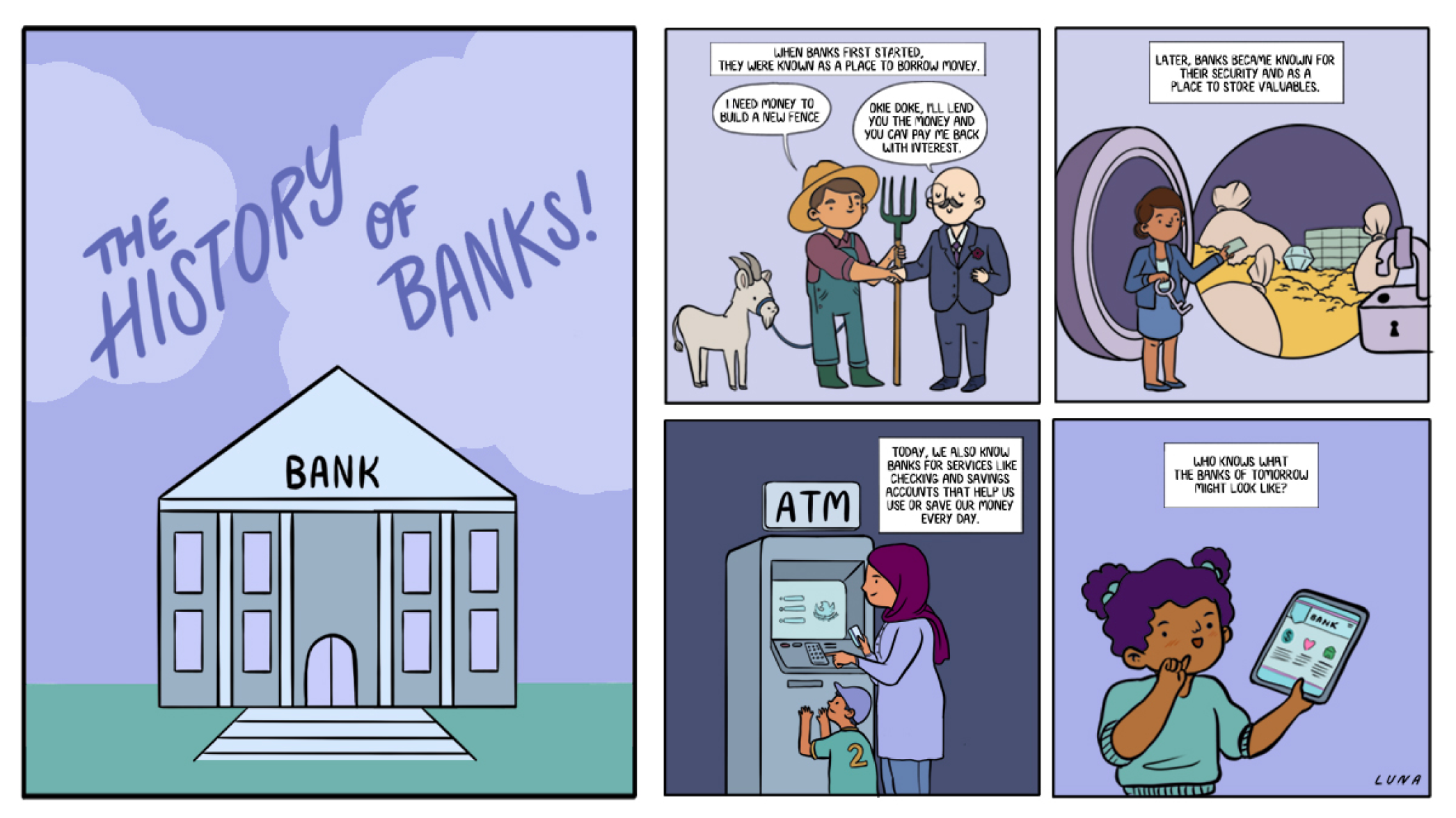 In this episode, you’ll hear exactly how banks work and what they have in common. Banks aren’t a secret vault anymore! Can you guess the Three Ss of banking? Saving. Sharing. Security.

To get kids thinking about saving their own money right at home, open your Greenlight app. Explore our savings boosts, like Round Ups, Parent-Paid Interest and of course, Savings Goals. Collectively, Greenlight kids have saved over $140 million.

Episode 2: Taxes pay for the things we care about 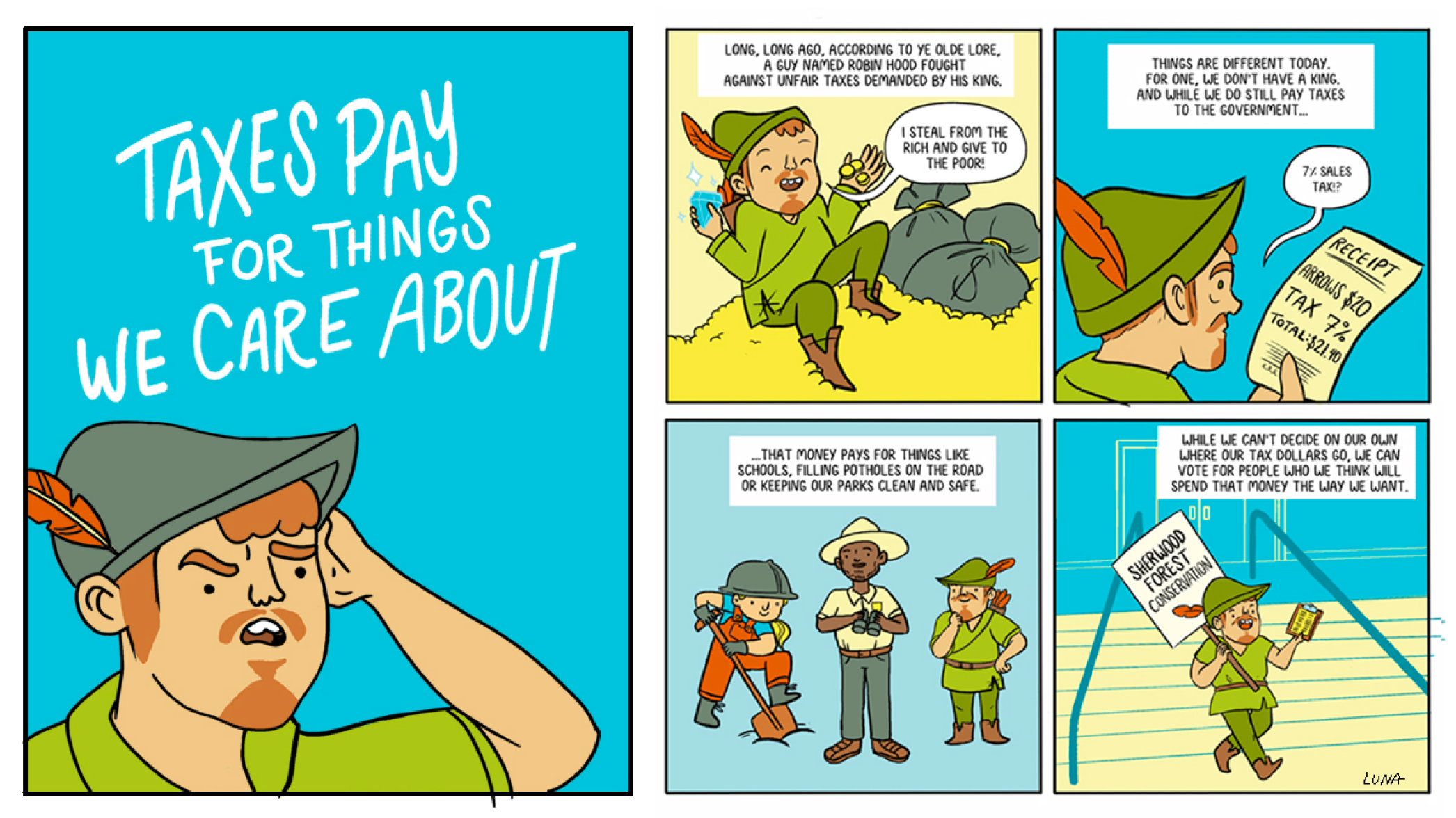 Taxes pay for a lot around your neighborhood and the whole country, too. What comes first to mind for you? Maybe the big stuff, like roads or schools. Or libraries, parks or hospitals. Have you ever wondered why we are still paying taxes after things are built? In this episode, Jed and Bridget explore taxes and how those dollars are spent. Hint: It’s more than construction!

You’ll hear one Greenlight teen describe what they’ve learned about taxes in the #MyGreenlightChallenge. After the episode, you can talk about taxes that you’re paying and where they go. It may be sooner than you think.

Episode 1: How is money made? 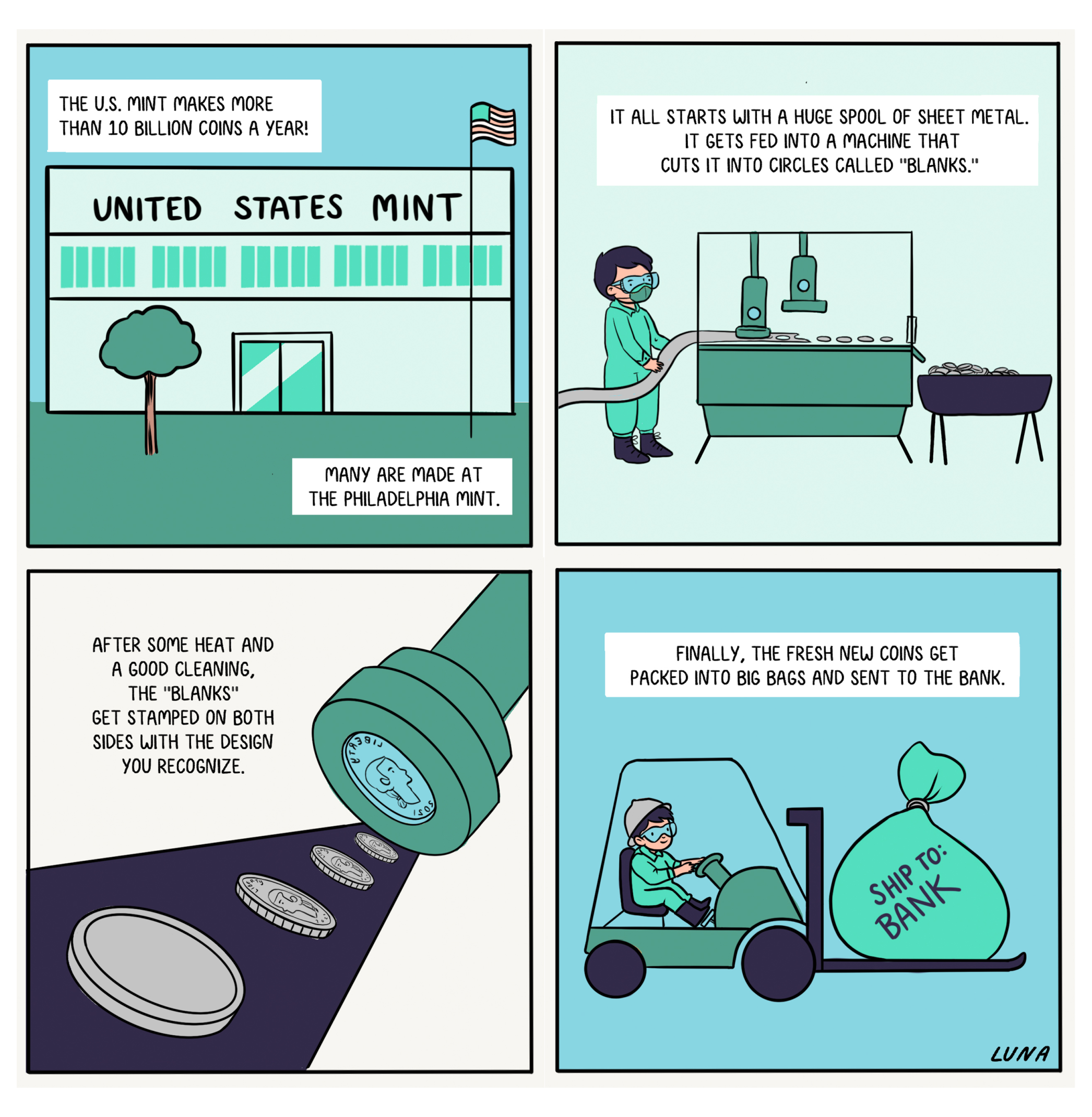 In Episode 1, we learn about how money is made. After it’s minted in a factory, money begins its journey in the economy. This episode goes inside the U.S. Mint with a quarter, then on a road trip with a dollar bill as it travels pocket to pocket across the country. How long do you think a dollar lasts in circulation? Spoiler: we were surprised, too.

With Greenlight, parents pay allowance pay allowance without ever visiting an ATM, and kids can make purchases without carrying the change. Listen to Season 2 of the podcast all about money for families.

New episodes drop every Tuesday, so subscribe today wherever you listen to podcasts!

What you need to know about stock market bulls and bears