What you need to know about stock market bulls and bears

There’s a lot to learn about the world of investing. ETFs, stocks, diversification, bulls and bears. You read that right — bulls and bears (and no, we’re not talking about the Chicago sports teams).

These two animals have been used for centuries to help investors make wise decisions...but why? Let’s take a look at the meaning of these Wall Street icons and how they came to play such a big role in the stock market.

Which came first, the bull or the bear? Well, according to Merriam-Webster, the bear did. An old proverb warned to never sell a bear’s skin before the bear was caught. In today’s words, it means don’t spend your money before you have it. And take a cautious approach.

One popular stock in the early 1700s was the South Sea Company, which traded with Spain’s colonies in the New World. By this time, the term “bearskin” shortened to “bear” for the stock itself and the seller, someone who thought the stock’s price would go down. 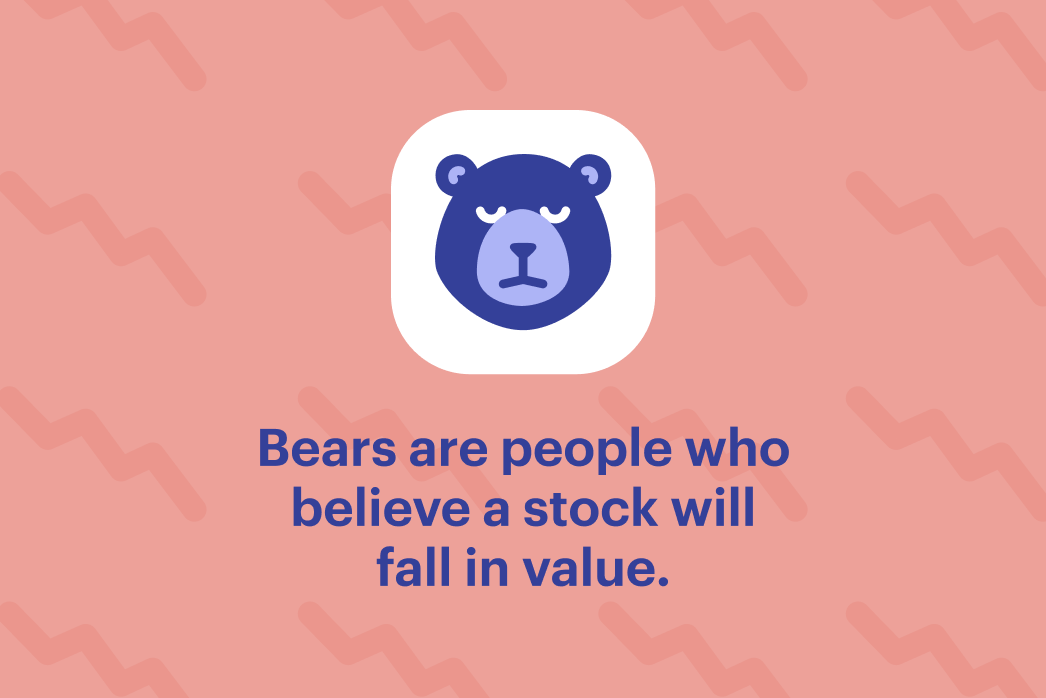 Also in the 18th century, the bull entered the scene as a counter to the bear. Known for its horns, a bull’s approach is to charge ahead. The term “bull” became known as a stock that was bought because the price was expected to increase over time. It was later used to describe the buyer.

In today’s world of investing, bulls believe a stock will rise in value and are hopeful about the company’s performance. Bears, on the other hand, are the opposite. They believe a stock will fall in value. Bulls and bears can also be used to describe market conditions over longer periods. A bull market sees stock prices rising in a stronger economy, while a bear market sees most stocks declining in a weaker economy.

The terms stuck with the marketplace for the last hundreds of years, with more animals added along the way. 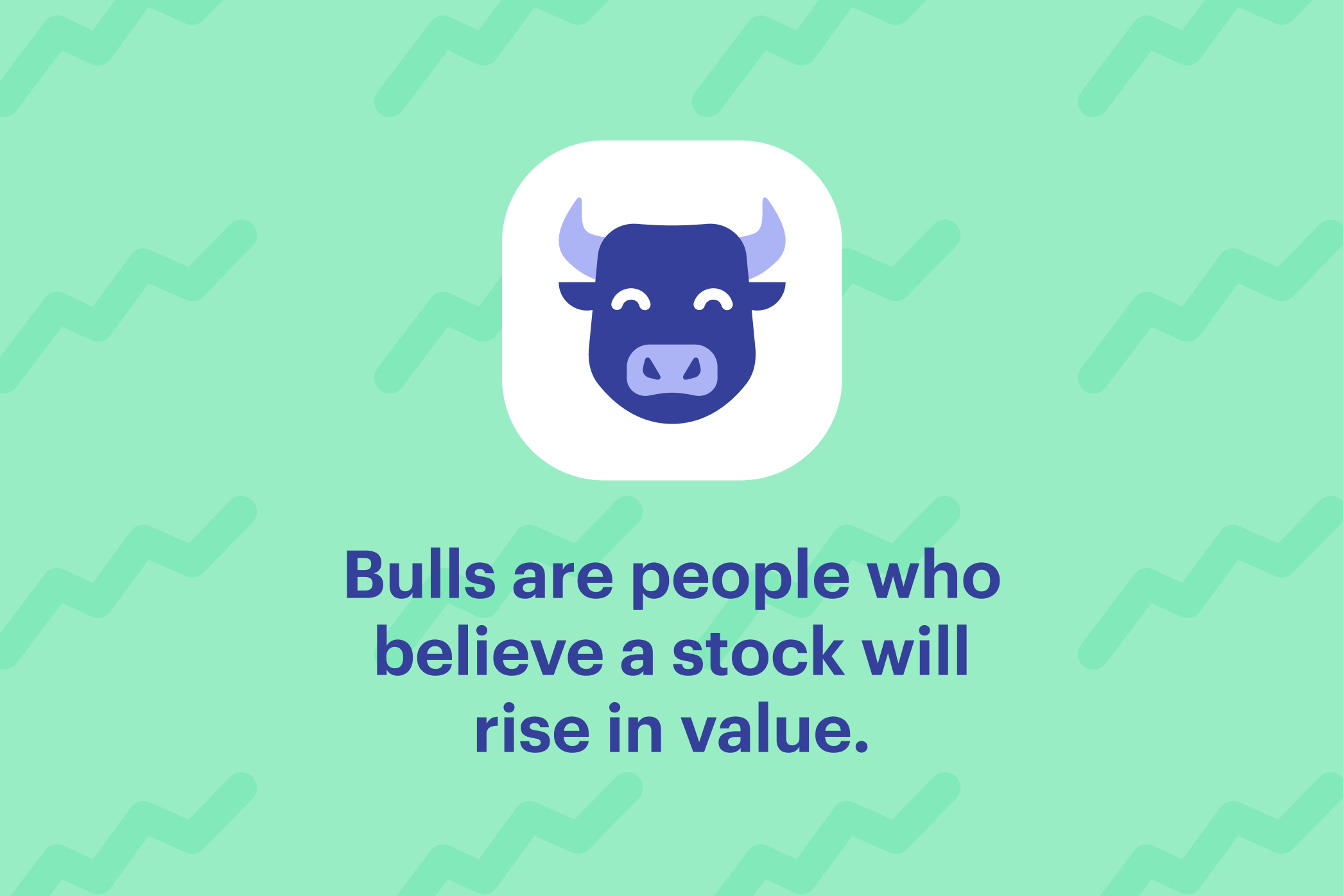 Meet the other animals of Wall Street

Why animals? Because we can think of their traits as a way to describe people’s behavior, even about investing. Plus, they’re easy to remember! Think about the animals on either side of these rivalries and guess who’s who.

Have a guess? …Often associated with greed, pigs are high-risk investors, while chickens are known to be scared.

Sheep — Known to follow! Someone who always relies on a friend or family member’s investing decisions could take bad advice or miss an opportunity.

Wolves — Known in many fairy tales as villains! These investors make investment money the wrong way, illegally or unethically.

Ostriches — Known to avoid. These investors ignore danger (or bad news) and hope for the best. 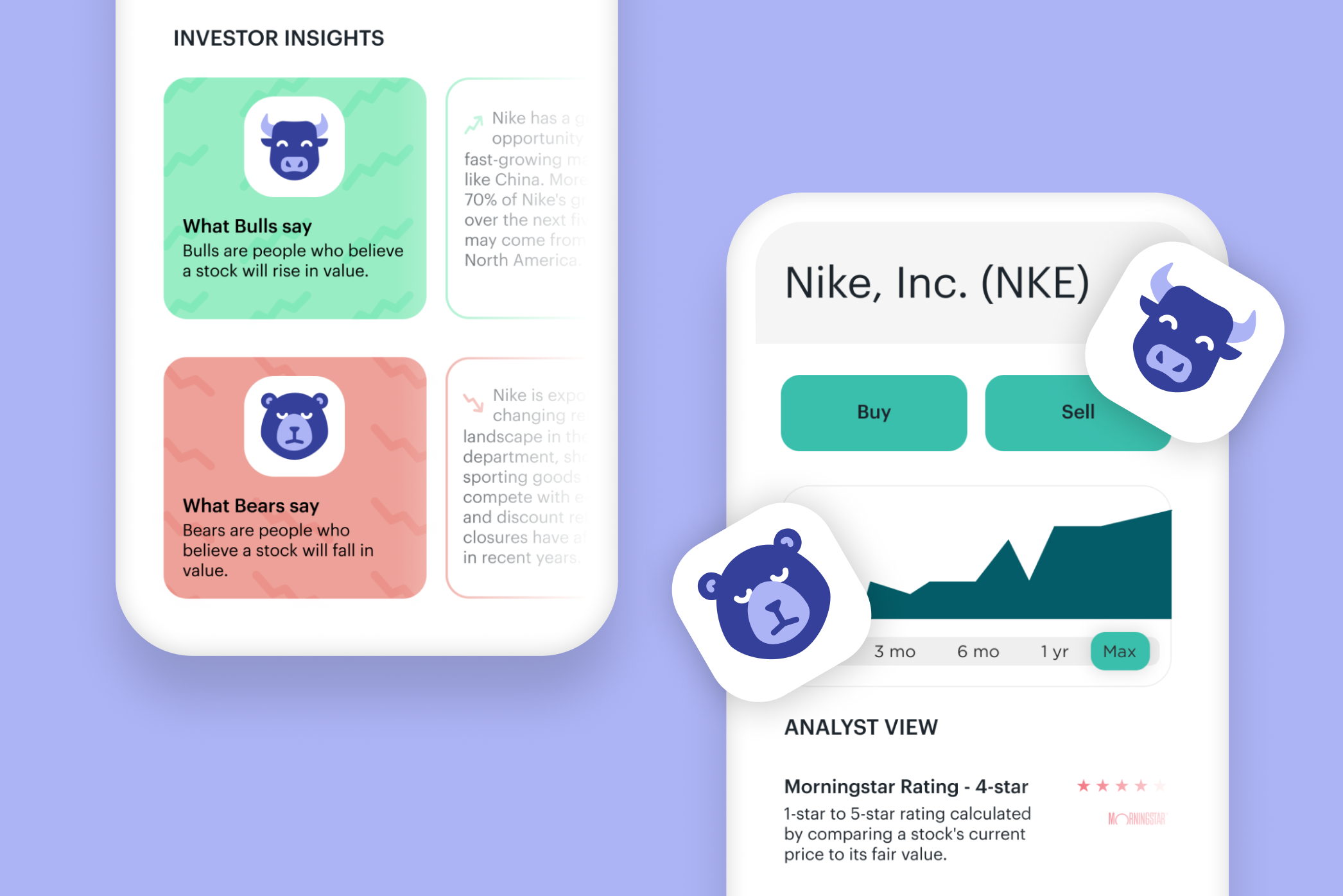 And their investing lessons...

If you’re wondering how these animals can teach us to become better investors…they help us understand different views about the stock market. Learning about these differences helps us form our own informed opinions and eventually, decisions.

Now, kids and parents can find Investor Insights from bulls and bears in the Greenlight app. To see what they have to say, open your app and browse different companies on their individual stock pages. You’ll see opposing views on future company performance, so you can decide.

Investing takes practice, and Greenlight is here to guide you — with a little help from the animals of Wall Street.

A parent’s complete guide to investing for kids